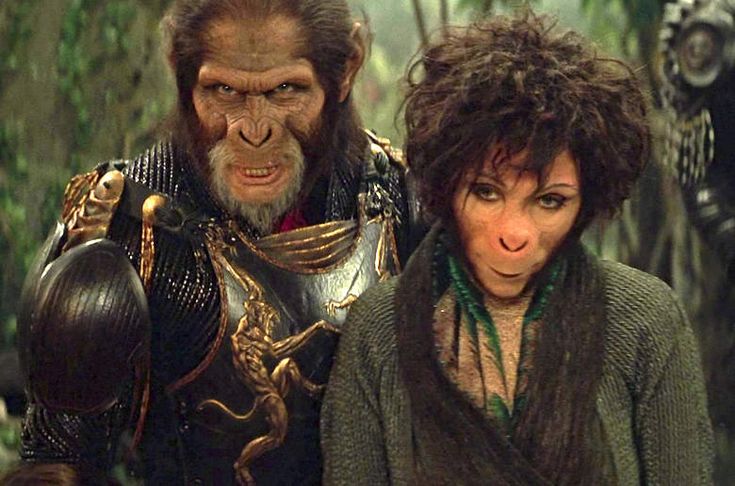 When Tim Burton’s remake of Planet of the Apes was released in 2001, it received negative reviews from critics. However, after watching it again, I believe that it is actually a good movie.

The plot of the movie is as follows: Astronauts travelling to a distant planet find themselves in the future, when apes have taken over the world. The humans are captured and held prisoner by the apes, who use them for experimentation.

Planet of the Apes: The Plot

The story begins with a NASA astronaut, Leo Davidson (Mark Wahlberg) who is sent through a time rift to an unknown planet. Soon after his arrival, he finds that the world has been ruled by apes for the last 1000 years and humans are enslaved. He is captured by chimpanzee soldiers and taken to a city where he meets the soon-to-be ruler of the ape kingdom, General Thade (Tim Roth).

Thade sentences him to death after a brief trial. He is taken back to the human city where he meets a female chimpanzee scientist named Ari (Helena Bonham Carter) who helps him escape from captivity and reunite with his crewmate. After the two escape, they discover a lake that is made up of a mutagenic substance which transforms humans into intelligent apes. The pair discovers this after witnessing an elderly human slave transform into an ape (off camera).

Afterwards, Leo and Ari go their separate ways; Leo to rescue his crewmate and take him back to the portal through which he arrived, and Ari to overthrow Thade and become the new queen of the apes. The movie concludes with Leo successfully returning to Earth, only to find that it has been destroyed in a nuclear war.

While the plot may seem clichéd or formulaic, it is actually very well executed. The acting is good, the visual effects are excellent, and the overall tone is dark and ominous. The only real flaw with the movie is its ending which feels rushed and incomplete.

One of the main criticisms of the movie was that it was too similar to the original 1968 Planet of the Apes movie. However, I believe that this is actually one of its strengths. Burton did a good job of staying true to the first movie, while still adding his own interesting takes on the characters.

Another criticism of the film is that it lacks character development, but I think this actually adds to its uniqueness and appeal. The movie goes along at such a fast pace that you don’t really get enough time to reflect on what is going on or analyse the characters’ motivations. This means that you are constantly kept guessing as to what is going to happen next.

Overall, I believe that Tim Burton’s remake of Planet of the Apes is a good movie. It is exciting, fast-paced and well-made. While it may not be perfect, it is definitely worth watching.

Despite its negative reviews, I believe that Tim Burton’s remake of Planet of the Apes is a great movie. It has excellent visuals, good acting, and an interesting plot.

While the ending could have been better, it is still worth watching. So, if you haven’t seen it already, I recommend that you check it out. You may be surprised at how good it is. So, if you ever come across it on TV, definitely give it a shot. Thanks for reading!